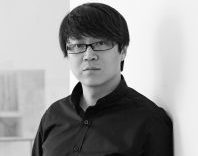 Han Wenqiang was born in Dalian, Liaoning, China. He got a master’s degree in the School of Architecture at Central Academy of Fine Arts (CAFA) in 2005 and since then has been teaching there. In design practices and researches, he insists on the use of traditional wisdom to think about real problems and inspire future thinking. Taking "Design of relationships" as a key approach, he turns space into a medium, establishes deep connection between the built environment and human body, nature as well as historical context, with a view to bringing people closer and narrowing the emotional distance between people and physical environment.
He was a winner of Architectural Record’s Design Vanguard Competition in 2015, Perspective’s 40 UNDER 40 Awards 2017 (Architecture category) and 2018 FA Emerging Architect Award. Besides, he was included in the AD100 list consecutively from 2015 to 2019, which recognized him as China’s top 100 talents in architecture and design. His representative works mainly include Waterside Buddhist Shrine, Tea House in Hutong, Organic Farm, Twisting Courtyard, and Layering Courtyard, etc.